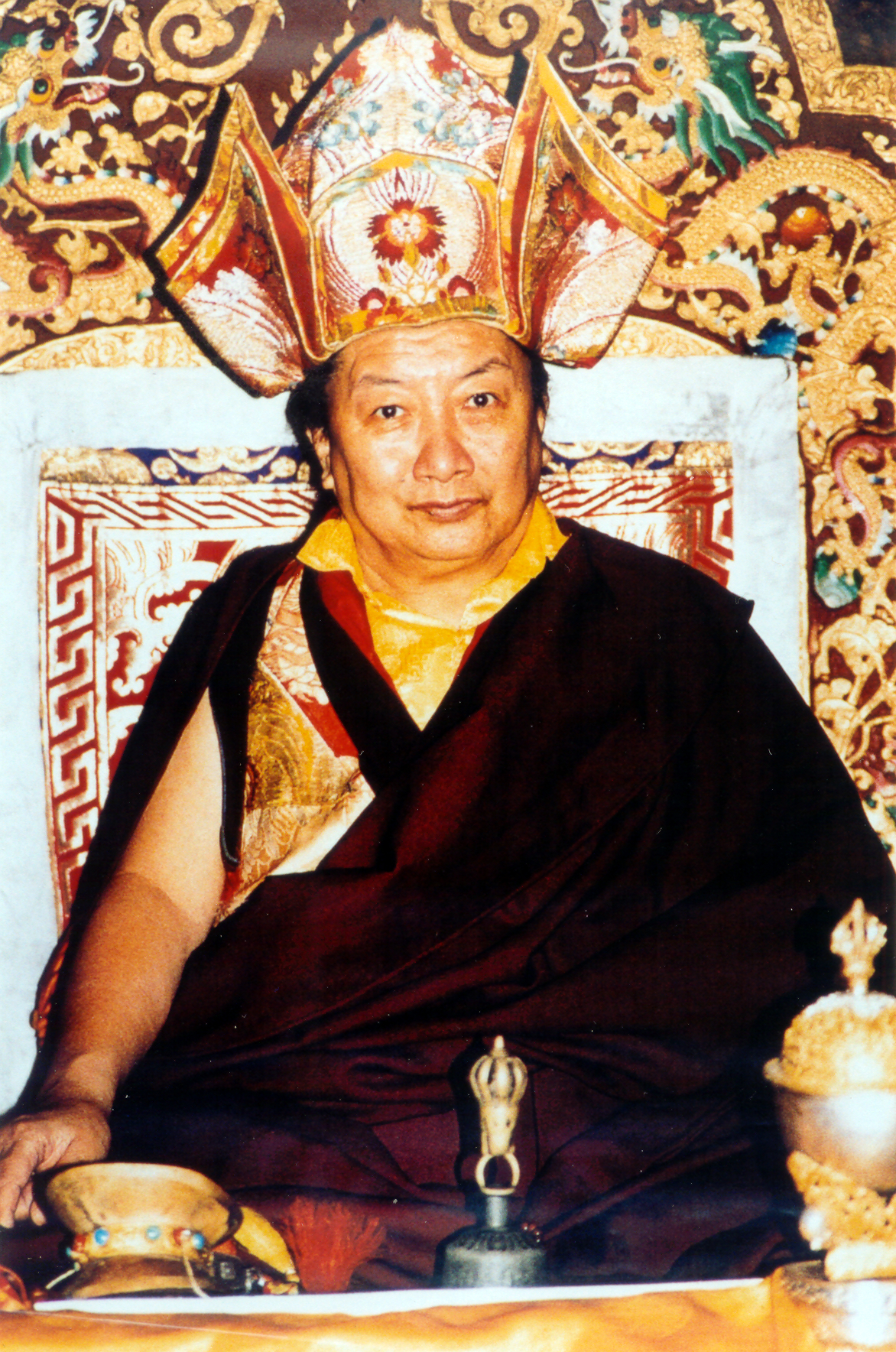 His Holiness’ root guru was Dzongsar Khyentse Chokyi Lodro from whom he also received the precious instructions on the Guhyagarbha Tantra and its various commentaries. Dzongsar Khyentse Rinpoche proclaimed His Holiness as having greatly excelled in the understanding and practice of these precious teachings and instructed him to teach it eleven times to fortunate and worthy students in the future. Having received numerous teachings, transmissions and empowerments within the Kama and Terma lineages, Kyabje Rinpoche went into extensive retreats for many years.

Although the enthronement of Kyabje Rinpoche as the 11th Mindrolling Trichen was set to take place after his retreat, the Communist Chinese invasion and the subsequent Tibetan uprising shattered those plans. His Holiness went into exile in India, leaving behind everything including the monastery established in 1676 in the Drachi Valley by his predecessor the first Mindrolling Trichen, Terdag Lingpa and his brother, the great Lochen Dharmashri.

After several years of tireless effort helping to establish Tibetan Buddhism in exile, Kyabje Dudjom Rinpoche and Kyabje Dilgo Khyentse Rinpoche performed the formal enthronement ceremony of the 11th Mindrolling Trichen at the Zangdog Palri Monastery in Kalimpong in 1962. His Holiness was finally able to create the official monastic seat of Mindrolling in exile in Dehra Dun in 1976.

Renowned within the Tibetan community as an emanation of Padmasambhava, Trichen Dorje Chang, as he is known to many, lived with his family Sangyum Kushog, Jetsün Khandro Rinpoche, Jetsün Dechen Paldrön and the Mindrolling Sangha in Dehra Dun until his parinirvana in 2008.