From Tibet to India 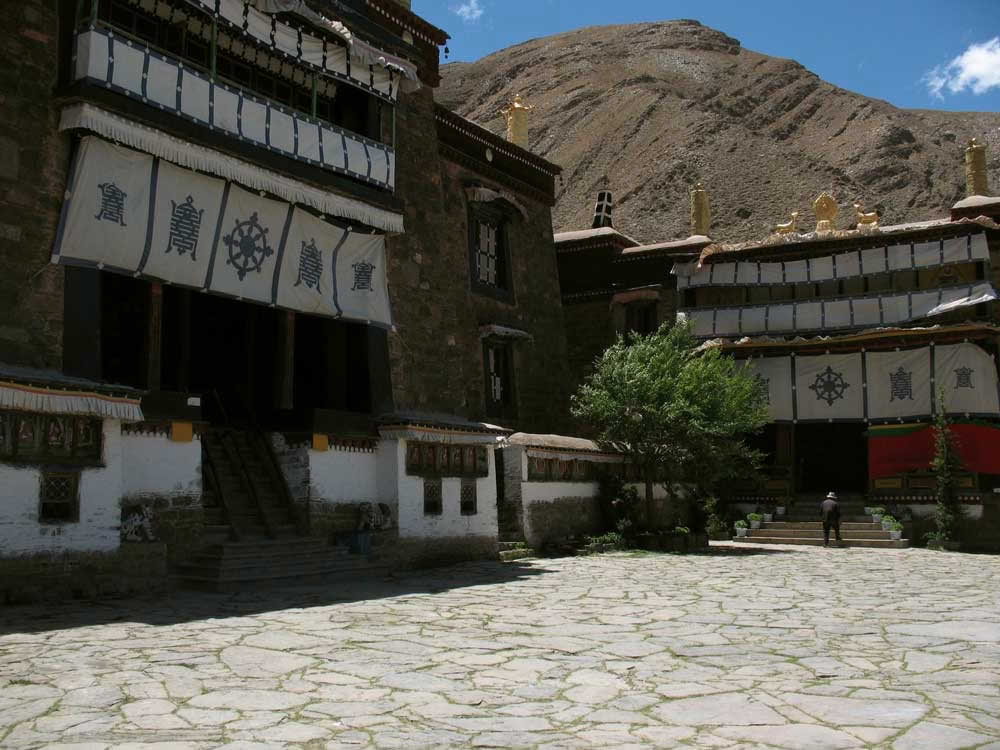 The root of all teachings in the Land of Snow is the Early Translation Nyingma School, and its river source is the renowned Og Min Ogyen Mindrolling established by the great Dharma King Terdag Lingpa in 1676. The world was ornamented with the resonance of the Three Vehicles by the endeavours of Chögyal Terdag Lingpa and the great translator Lochen Dharmashri.The teachings of the Eight Practice Lineages in general and the Kama, Terma and profound lineages in particular, were rekindled and thrived again through their unsurpassable activities. Thus, great scholars and learned ones proclaimed Og Min Ogyen Mindrolling as the source (chu go) and all praise it unanimously.

Since its establishment by the two brothers, the lineage of Mindrolling has been held and preserved flawlessly by successive generations of the Nyorig vajraholders. Their efforts through the centuries not only caused the teachings of the Nyingma School to flourish but also contributed to the splendour of other lineages and schools in an unbiased manner. Thus, Og Min Ogyen Mindrolling became famed as the great central place throughout the Tibetan Buddhist world.

Flight From Tibet and Refuge in India

Yet due to the violent forces in 1959, the Land of Snow suffered great damage and degeneration. At that time, our Root Guru and Lord of the Family, Trichen Gyurme Kunzang Wangyal. arrived in the Noble Land of India along with Kyabje Khochhen Rinpoche and a few attendants.

It is said that the activities of the victorious ones are unhindered and so, through the enlightened intention and timely activities of Trichen Gyurme Kunzang Wangyal, together with the expressions of his sublime activity—Kyabje Dzongnang Rinpoche and Kyabje Khochhen Rinpoche—and a small sangha of dedicated monks, Og Min Ogyen Mindrolling was re-established in the northern part of the Noble Land of India in Dehra Dun on the 4th day of the 11th month of the Tibetan Wood Dragon Year 2091 16th January 1965.

Gradually through continued teachings and practice, Dharma was firmly established at the Mindrolling Monastery in India and in accordance with the traditions laid down by the Minling lineage holders of the past, the pure and undiluted methods of ritual music, chants, dances, mandala drawing, melodies and so forth were restored with no divergence from the way the rituals were practiced in Mindrolling in Tibet. Thus, Og Min Ogyen Mindrolling in India is now a beautiful, sacred adornment of the Buddhadharma.

The 6th of January 2015 marked the passing of 50 years since the establishment of this sacred spiritual centre.