Year of the Fire Bird 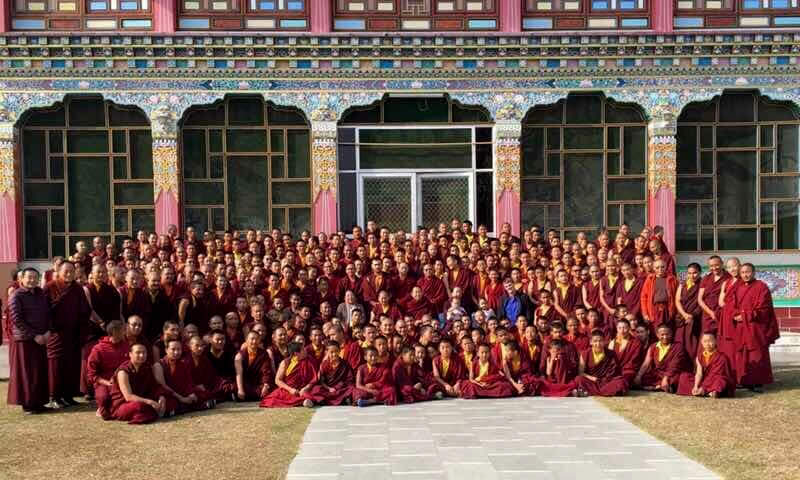 The entire sangha of Mindrolling Monastery jubilantly welcomed the Year of the Fire Bird on the 27th of February, 2017. As is the tradition, hundreds of monks, nuns and lay practitioners began arriving early in the morning on this first day of the new lunar year to pay their respects and receive the profound blessings of the great Kudung Stupa of Kyabje Mindrolling Trichen.

Monks, nuns and lay people joyously paid their respects and received the blessings of Kyabje Khochhen Rinpoche, His Eminence Khenchen Rinpoche, Her Eminence Khandro Rinpoche, and greeted each other with good wishes for Losar.

All members of Mindrolling, numerous guests and the entire sangha of monks and nuns happily enjoyed many traditional sacred ceremonies and festivities of Losar.