On February 23, 2022, the annual 7-day Yamantaka Shinje Drekjom drubchö began at Mindrolling Monastery.  The Shinje Drekjom terma was discovered by the great terton and founder of Mindrolling, Chögyal Terdag Lingpa. This practice is done every year to dispel obstacles in the coming year and takes place from the 23rd lunar day of the 12th lunar month to the last day of the lunar year. This drubchö is known to be a most profound and powerful practice for dispelling obstacles and is filled with inconceivable blessings.  On the 29th lunar day, the assembly performed the Zor Cham, or ritual dance, which is said to have great power to dispel obstacles for the world and especially for all who see it.  For the first time in two years, the lay Tibetan community was able to attend the 29th day Zor Cham.  It was a day of great joy as the community was able to gather again to benefit from this profound practice again after so long.

Following this great dubchö, on Losar, the Tibetan New Year, the Mindrolling community welcomed the New Water Tiger Year – Tibetan Lunar Year 2149.  This year, in observance of the passing of many great teachers, particularly within the Nyingma school, Mindrolling did not hold the usual celebrations.  All the auspicious prayers were done and in remembering such great masters that have passed away, the entire community reflected upon the preciousness of the time we have when genuine teachers continue to turn the wheel of dharma for the benefit of fortunate beings.  The sangha of Mindrolling looks ahead to the year of the Water Tiger with renewed determination to practice the dharma even more whole heartedly and wishes all a year ahead free of obstacles and filled with the blessings of the dharma.

Following Losar, on Saturday, March 12th, 2022, Mindrolling Monastery began the great Thug Je Chenpo drubchen, or the Drubchen of the Great Compassionate One.  This annual 7-day drubchen is performed every year in commemoration of the anniversary of the Parinirvana of Kyabje Minling Trichen.  The Thug Je Chenpo terma was revealed by Chögyal Terdag Lingpa and it is considered to be especially beneficial during this era when merit and virtue are weak.  Knowing that generation after generation of the Mindrolling lineage have manifested as the Great Compassionate One (Thug Je Chenpo) for the benefit of beings, each year the sangha of Mindrolling performs this profound mahasadhana with great joy and devotion and with the aspiration that the Dharma will continue to flourish and that the activities of our teachers will be as vast as the sky.  The merit of this practice is dedicated to the benefit and liberation of all sentient beings and the continued flourishing of the Mindrolling lineage.

On March 26th, 2022, Mindrolling began the annual ten-day Kagyed Drubchen.  This drubchen is of particular importance to the Mindrolling Sangha.  This mahasadhana is based upon the Kagyed De-Sheg Du pa terma revealed by the great Tertön Nyang Ral Nyima Özer in the 12th century and later revived by Chögyal Terdag Lingpa.  Before passing into Parinirvana, the master Terdag Lingpa instructed his students not to grieve, but instead to perform the great Kagyed Drubchen every year.  In keeping with this great master’s instructions, Mindrolling performs the Kagyed Drubchen every year and it culminates on the anniversary of Chögyal Terdag Lingpa’s Parinirvana, the second day of the second lunar month (April 3rd, 2022). 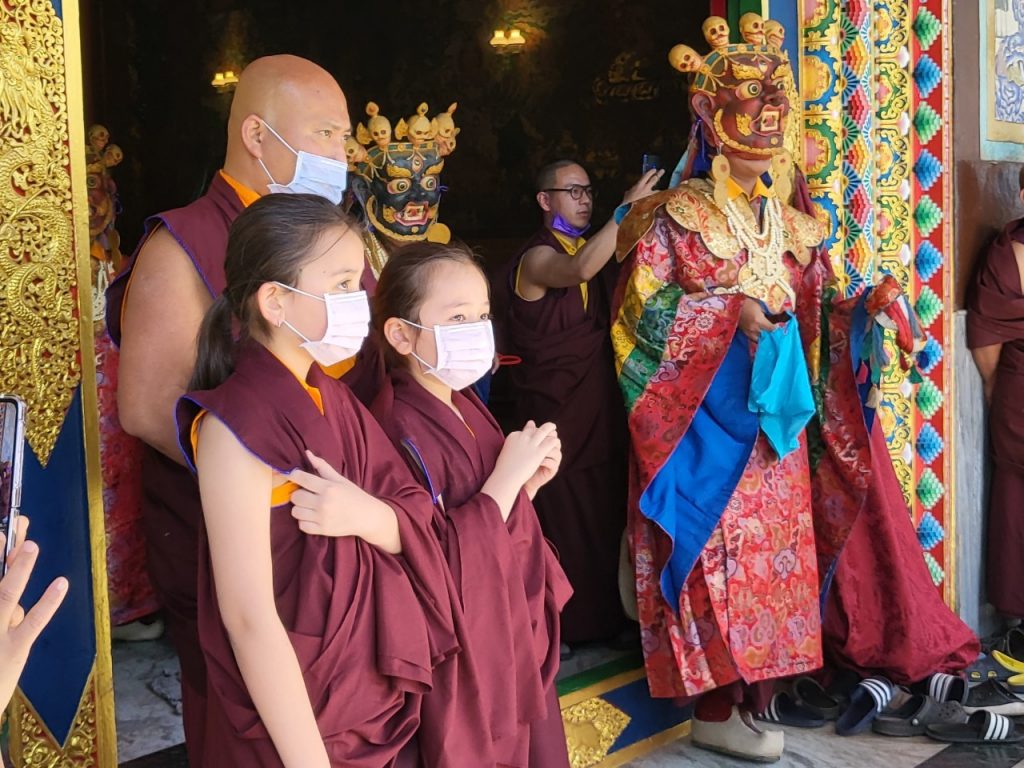 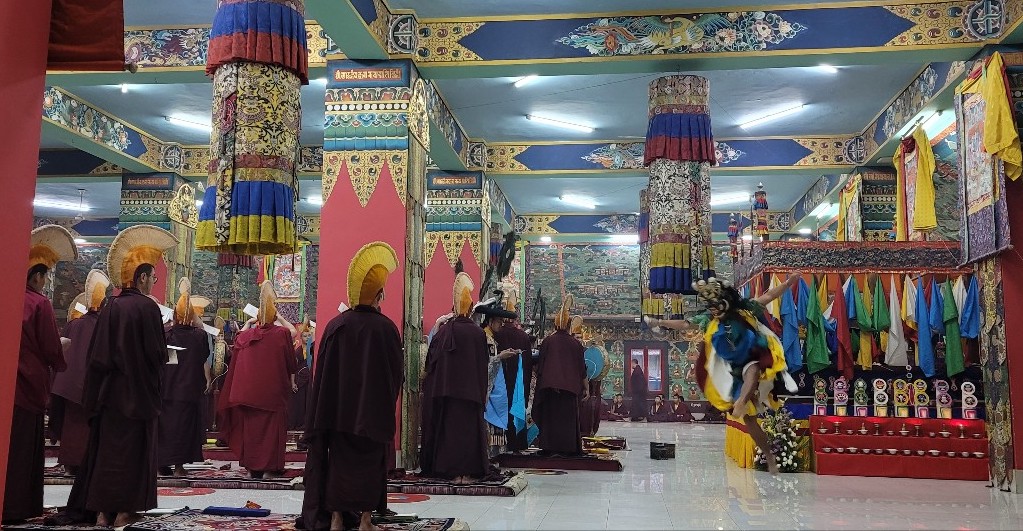 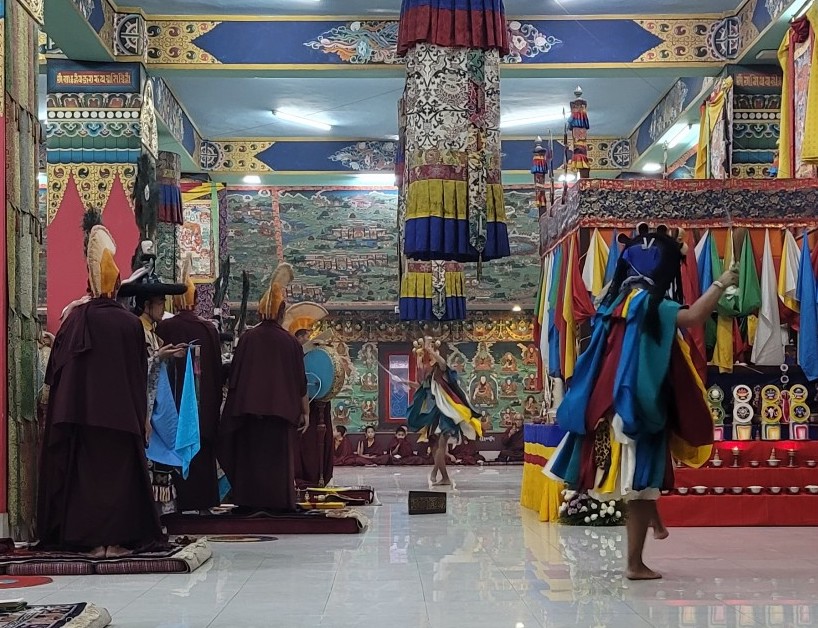 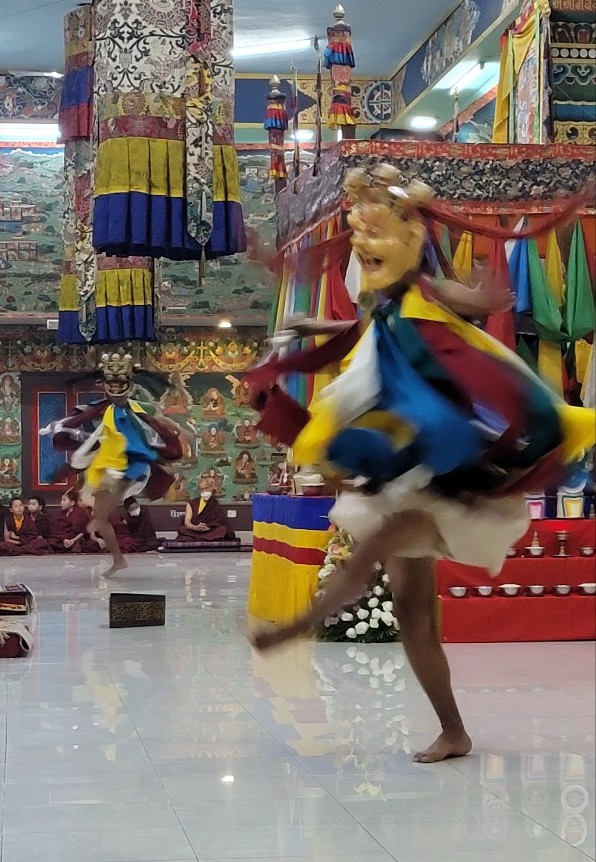 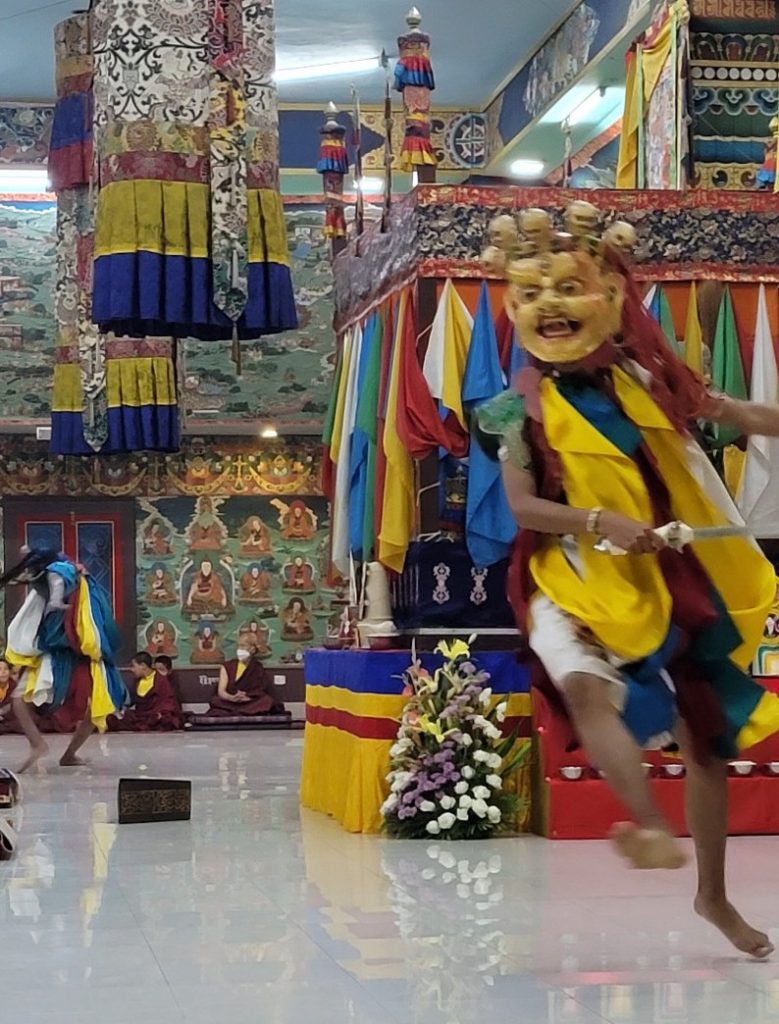 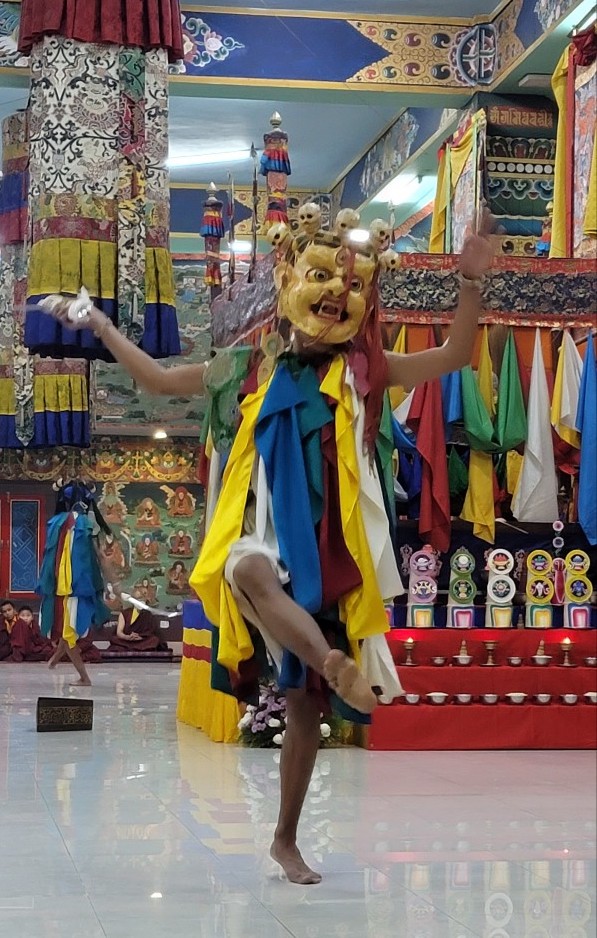 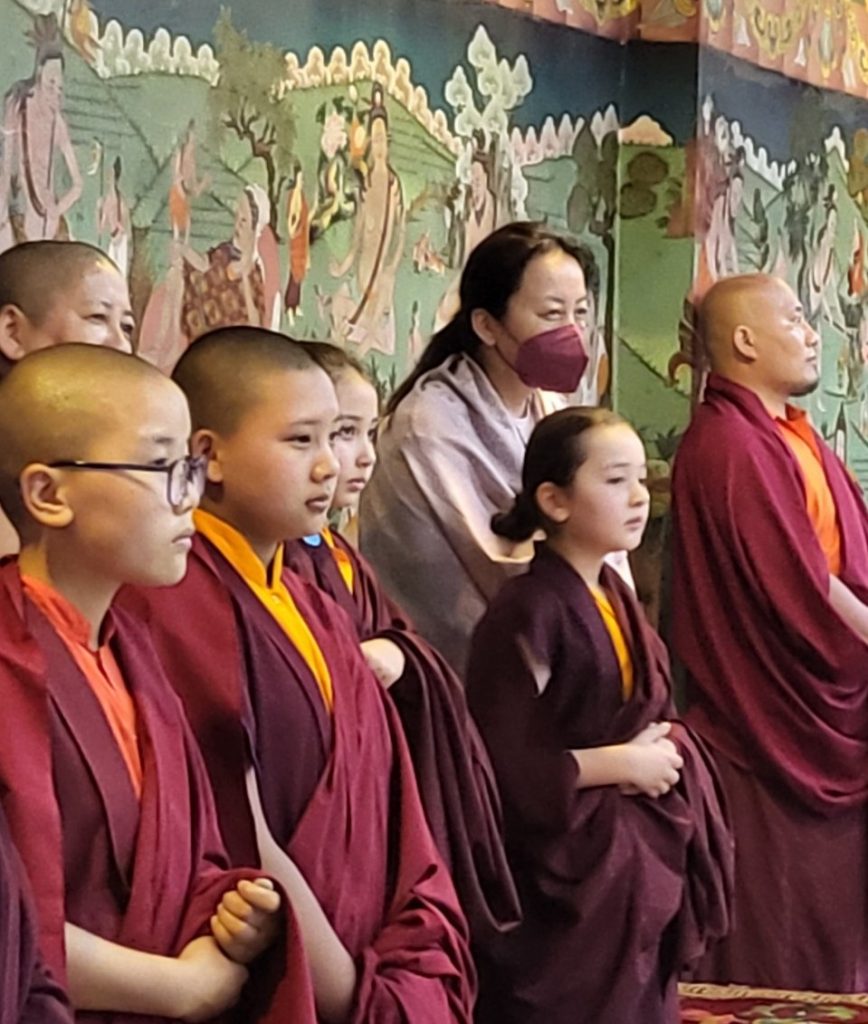 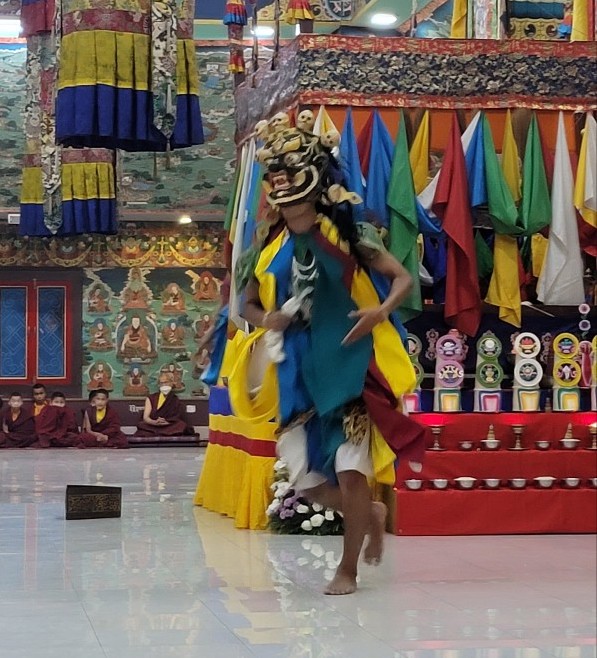 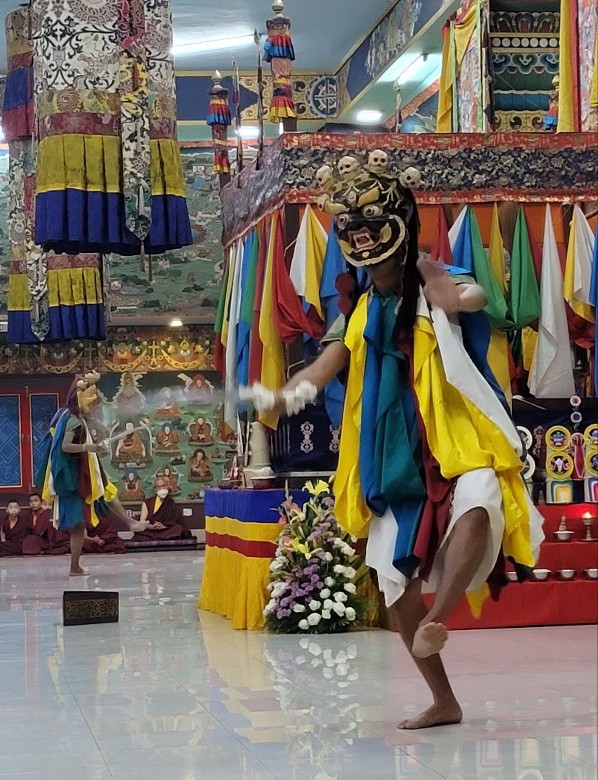 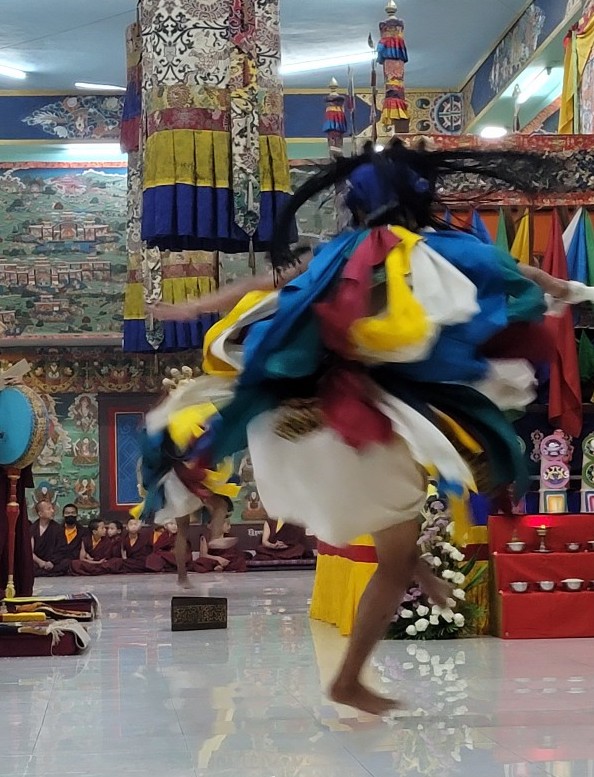